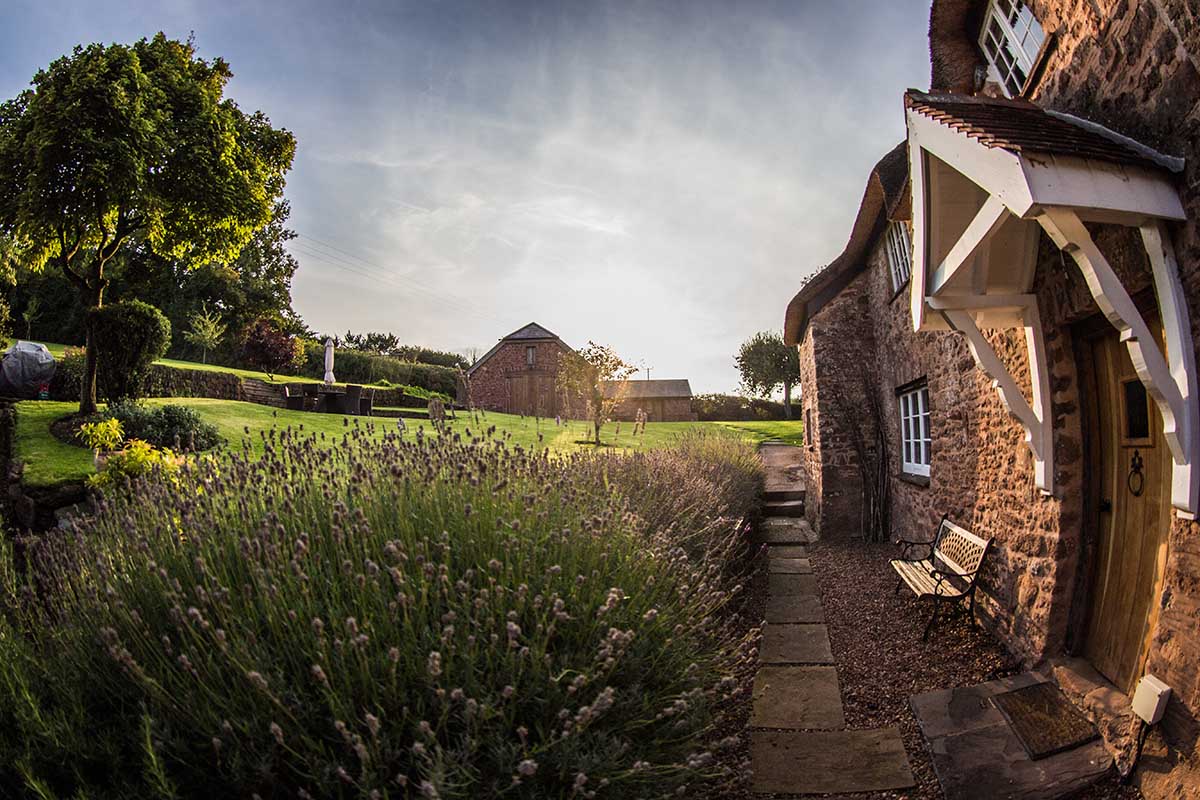 If there is one daily activity that unites the human race above all others, it’s weeding. Most people on Earth still grow at least some of the food they eat and, in order for their seeds to grow into edible plants, patrolling for weeds on a regular basis is essential.

As in all matters, God, no doubt, has something to do with this state of affairs, as we are humbly kept bent over, as if in prayer, in search of those sinful weeds.

And even if you confine your horticultural efforts to growing ornamental plants, and keeping the weeds away will not affect what you put on your dinner plate, you still have to make weeding a priority if you wish to keep your garden beauties from being overcome by unwelcome botanical invaders.

Four weeds stand out for their virtual indestructibility, and I will list them from least to most troublesome.

1 Bermuda grass (Cynodon dactylon).
As a lawn grass, Bermuda is desirable for its drought tolerance. In order to thrive, it needs regular water in hot weather, if not daily irrigation, but it can survive virtually without water owing to its triple insurance policy: underground rhizomes for long-term energy storage in the form of starch; above-ground stolons, or runners that root wherever a node touches the soil surface; and deep roots that may go down as far as 10 feet. In an ornamental or vegetable garden, hand pulling will keep Bermuda grass under reasonable control and 4 inches of mulch above a layer of newspaper will have a depressing effect on its growth. Still, compared WITH the next three weeds, Bermuda grass is a minor headache.

2 Field bindweed (Convolvulus arvensis).
Convolvulus is a wiry-rooted weed with attractive white, pinkish-white, or pink gramophone-shaped flowers. It’s called bindweed because it binds itself and winds itself around the stems and leaves of everything in its path and, if nothing is in its path, it winds around itself. It can never be completely dug out owing to its Bermuda-like rhizomes and oxalis-like taproot. In addition, its seeds remain viable for more than 20 years.

To control, put on rubber gloves and spray a systemic herbicide onto a sponge. Sponge the leaves and shoots of your bindweed and watch it all wither away. If you are adamant about avoidance of toxic chemicals in the garden, try some of the newer non-toxic varieties. An Internet search of “natural weed killers” will give you a list of them, mostly available through online vendors. If there are no desirable plants growing in your stand of bindweed, you could also solarize it with clear plastic.

3 Wood sorrel or oxalis (Oxalis corniculata).
Wood sorrel is another attractive weed. Novice gardeners often mistake it for clover, because of its shamrock foliage. It also has the look of an ornamental ground cover, due to its mounding growth habit and attractive, butter-yellow flowers. There are two commonly seen types, one with green and one with maroon- to deep violet-colored leaves.

The problem with oxalis eradication is its wiry taproot and explosive seed capsules. If you scrape or hoe it off to ground level, it will simply grow back. If you try to dig out its roots, you will be at great pains to remove them completely because they grow in a web, easily break apart and defy smooth extraction. You can control with the same techniques described above for field bindweed.
You may decide that, well, this plant is actually kind of attractive, so why not just let it take over the flower bed? You may even excuse your inactivity by recalling that famous maxim of weed scientists, namely that “a weed is a plant for which no useful purpose has yet been found.”

The problem with oxalis is that it does not stay confined to a single flower bed, but shoots its seeds six feet in every direction so that it will soon become a gardenwide headache.

4 Nutsedge or nutgrass (Cyperus esculentus).
This is widely considered to be the worst weed in California. It is easily identifiable by its shiny leaf blades and hard, nutlike underground tubers. Complete eradication may not be possible. But there are some anti-nutsedge chemical products, available in garden centers and online, that you might want to try. If you are religiously opposed to chemical use, you will probably have to sell your house and move to another, after carefully inspecting the garden of your home-to-be to make sure no nutsedge is present, to be rid of this weed once and for all.

There are relatives of nutsedge that are more garden-friendly. Umbrella plant (Cyperus alternifolia) grows up to 5 feet tall with many parasol-shaped leaves. It is valued, in some quarters, for its durability as a container plant, whether on the patio or indoors.

Umbrella plant joins a select group of indestructible species that started out as indoor plants, but somehow found their way into the shade garden, including mother-in-law tongue (Sansevieria), spider plant (Chlorophytum comosum) and cast iron plant (Aspidistra elatior). The problem with umbrella plant is that it, too, may become weedy. However, if you begin to see to much of it, you can eliminate it through simple excavation.

The most famous nutsedge relative is papyrus (Cyperus papyrus), encountered both as an aquatic and partial-shade garden specimen, growing to 6 or 7 feet tall. Misled, perhaps, by its somewhat wispy and delicate-appearing foliage, some people make the mistake of giving papyrus too much shade, which will inhibit its growth or kill it outright. Make sure that papyrus has good ambient light, but take note that ‘King Tut,’ a 2- to 3-foot-tall dwarf papyrus, is a bit more shade-tolerant.

How do weeds get into the garden? Unfortunately, most weeds are brought in with plants purchased in the nursery. Brick-and-mortar nurseries and garden centers generally have weed-free plants, but you have to be careful about plants purchased under power lines or in large wholesale lots. The safest way to decide whether plants in any nursery are weed-free is to walk around and check. If you notice weeds sprouting in some of the containers, especially if they are among the four weeds mentioned here, do not purchase plants at that location. At the same nursery, the vast majority of containers may not be sprouting weeds, but if there are weeds in containers here and there it is likely that their seeds may be found hidden in the soil of many other, ostensibly weedless, containerized plants on site. 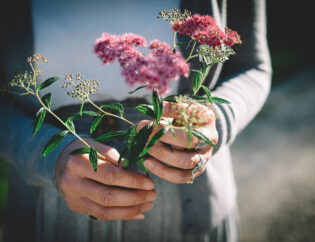 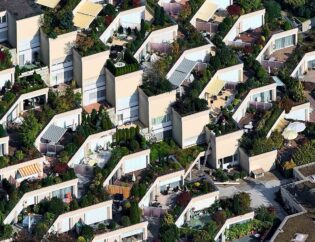 vamtam-theme-circle-post
 Category Gardens
Bringing elements from the backyard into the home is easier than it seems. Try thinking...
Read More 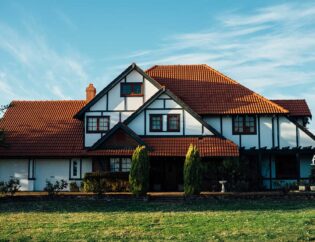 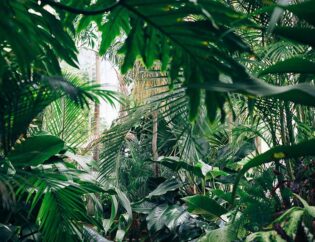 vamtam-theme-circle-post
 Category Events, Gardens, Maintance
Launched in 1994, the MTN Group is a leading emerging market operator, connecting subscribers in...
Read More

We use cookies on our website to give you the most relevant experience by remembering your preferences and repeat visits. By clicking “Accept All”, you consent to the use of ALL the cookies. However, you may visit "Cookie Settings" to provide a controlled consent.
Cookie SettingsAccept All
Manage consent

This website uses cookies to improve your experience while you navigate through the website. Out of these, the cookies that are categorized as necessary are stored on your browser as they are essential for the working of basic functionalities of the website. We also use third-party cookies that help us analyze and understand how you use this website. These cookies will be stored in your browser only with your consent. You also have the option to opt-out of these cookies. But opting out of some of these cookies may affect your browsing experience.
Necessary Always Enabled
Necessary cookies are absolutely essential for the website to function properly. These cookies ensure basic functionalities and security features of the website, anonymously.
Functional
Functional cookies help to perform certain functionalities like sharing the content of the website on social media platforms, collect feedbacks, and other third-party features.
Performance
Performance cookies are used to understand and analyze the key performance indexes of the website which helps in delivering a better user experience for the visitors.
Analytics
Analytical cookies are used to understand how visitors interact with the website. These cookies help provide information on metrics the number of visitors, bounce rate, traffic source, etc.
Advertisement
Advertisement cookies are used to provide visitors with relevant ads and marketing campaigns. These cookies track visitors across websites and collect information to provide customized ads.
Others
Other uncategorized cookies are those that are being analyzed and have not been classified into a category as yet.
SAVE & ACCEPT
Nature’s art: How to create interior design pieces from what’s in the gardenHere’s a free resource to help create drought-tolerant, water-wise landscaping in your home garden